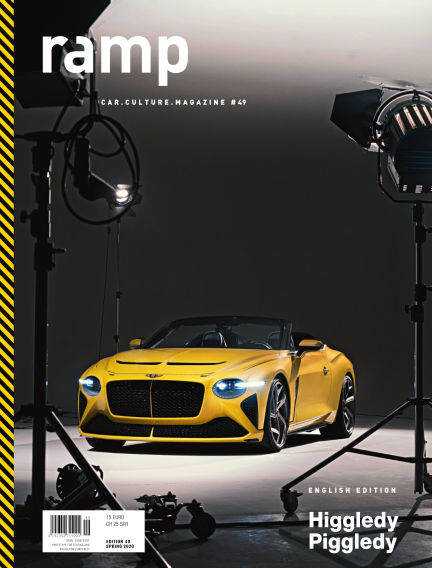 In this issue of ramp - EN : Do you find the title of this issue a bit strange or perhaps even whimsical? Well, you can relax and breathe a sigh of relief. It could have been worse. Much worse. Because initially the editor-in-chief had eagerly suggested “Kraut & Rüben”, which would easily have resulted in another drug raid by the local vice squad. Afterwards our office would have looked much the way it always does – but we would have had a justifiable explanation for the cheery chaos that reigns around here. At this point I should explain that the German expression “Kraut & Rüben” (which translates literally as “cabbage and turnips”) is used to describe a chaotic jumble, a mess, a confusion or disorder. I thought it was pretty cool. We might even have had some brilliant, turbulent, wild and chaotic cover motif..

With Readly you can read ramp - EN (issue 49) and thousands of other magazines on your tablet and smartphone. Get access to all with just one subscription. New releases and back issues – all included.
Try Readly For Free!
ramp - EN