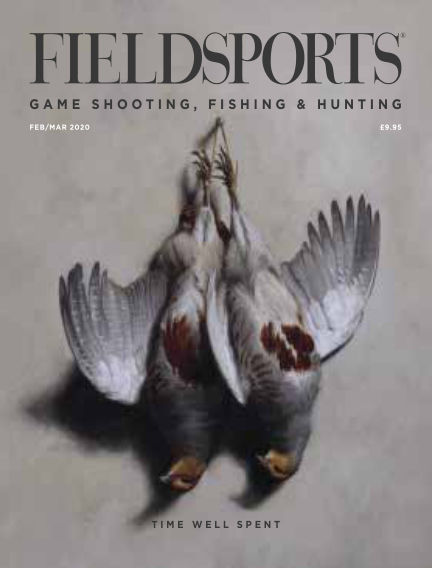 In this issue of Fieldsports : As the nation becomes increasingly conscious about what they put on their plate for both health and sustainability reasons, we decided that Volume III Issue II of Fieldsports should be our very first food-themed special. Therefore, we called upon none other than Michel Roux Jr to guest edit the issue, owner of the two Michelin-starred Le Gavroche restaurant, highly acclaimed food author and TV presenter to celebrate all that is good about game.

In his foreword he writes: “As much as I enjoy being in the field, I’m far better at cooking and eating game than shooting it. We feature a wide variety of game on the menu at my restaurants, such as wild rabbit, occasionally wild hare (my wife’s big treat), and feathered game and some diners will always go for game the moment it’s on the menu.

“We’ve always flown the flag for British game, it’s part of Britain’s culture and history. All chefs have a duty to serve it, and I’m pleased to see there’s an upward trend at the moment. It’s important that we recognise its real value, the game industry fits in so well with our efforts to produce quality, healthy food on a more sustainable basis, and it employs tens of thousands of people. Quite simply, the more chefs put game on their menus, the more customers will try it. It’s wonderful to present truly seasonal produce, for too many foods the seasons have been eroded, but game is very much the exception – and all the better for that!”

On top of the topical issues and interviews, it would not be a food issue without plenty of recipes. Included are outstanding recipes for all levels of cooking abilities from Michel himself and other celebrated chefs including Mark Hix, Tim Maddams and Mike Robinson. If cooking is not your thing, don’t worry, we still have you covered. A few of the unmissable articles in this issue include: Lord James Percy’s reflections on his favourite month in the shooting season; a buffalo ageing masterclass from Dr Kevin Robertson; a report on an unforgettable country sports experience on the Invercauld Estate in the Cairngorms, an insight into the life and artistic mind of artist James Gillick; a treacherous mid-Caucasian tur hunt high in the mountains of Russia; and the comprehensive Fieldsports Guide to the Kola Peninsula by Matt Harris.

Just like game meat, this issue is seasonal and full of flavour. We know you’ll enjoy it.

With Readly you can read Fieldsports (issue February/March 2020) and thousands of other magazines on your tablet and smartphone. Get access to all with just one subscription. New releases and back issues – all included.
Try Readly For Free!
Fieldsports
FIELDSPORTS PRESS LIMITED
Tweet