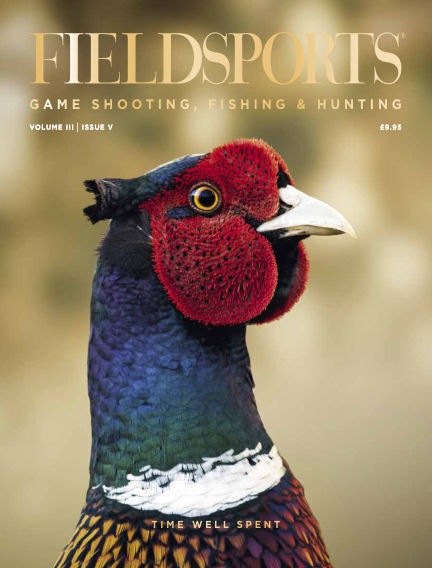 In this issue of Fieldsports : Guest edited by former Defra minister Rt Hon. Richard Benyon, the latest issue of Fieldsports Journal packs a political punch. A gifted communicator, Richard is able to distil complex ecological issues into discernible language that makes sense to us all. His message is simple: It is time to tell our story. His issue features an exclusive interview with Secretary of State, Rt Hon. George Eustice MP which offers fascinating insight into what the Government really thinks about fieldsports.

Aside from politics, there is a Macnab theme running throughout the issue as Richard Benyon (who has bagged six altogether) shares his thoughts on the challenge. After 11 attempts, Simon K. Barr finally bags his own in Caithness. Together with jaw-dropping photography, read all about his decade-long journey to eventual success.

This season will be unlike any other but that’s no reason not to be smartly turned out like usual. So we have included five pages of brand new attire and accessories to drool over. George Digweed MBE also shares his thoughts on post-pandemic shooting, and how we will all have to adapt while in the field altogether.

For those craving escapism, there’s a thrilling feature on Giant Trevally fishing in the Seychelles – the group land 125 GTs in one week!

And the result you have all been waiting for, we finally announce the winners of the Swarovski Fieldsports Photographer of the Year competition. The winning image will make the hairs on your arms stand on end – well it certainly did for the judges.

With Readly you can read Fieldsports (issue October 2020) and thousands of other magazines on your tablet and smartphone. Get access to all with just one subscription. New releases and back issues – all included.
Try Readly For Free!
Fieldsports
FIELDSPORTS PRESS LIMITED
Tweet