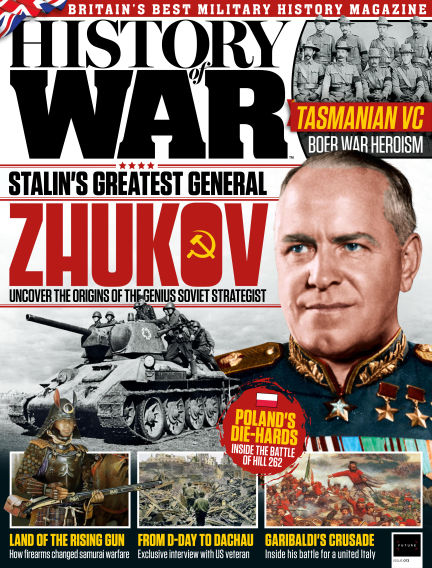 In this issue of History of War : From the conquering legions of Ancient Rome to the thunderous tank battles of World War II and beyond, History of War takes you deeper inside the minds of history’s fighting men, further under the bonnets of some of the world’s most devastating war machines, and higher above the battlefield to see the broad sweep of conflict as it happened.

What you’ll find in every issue:
• Great Battles: A blow-by-blow account of the heroic deeds and crushing defeats.
• Military Milestones: The evolution of the world’s most incredible vehicles, technology and fighting forces.
• Trigger Point: A hard-hitting look at the moments that led to war.

With Readly you can read History of War (issue Issue 73) and thousands of other magazines on your tablet and smartphone. Get access to all with just one subscription. New releases and back issues – all included.
Try Readly For Free!
History of War