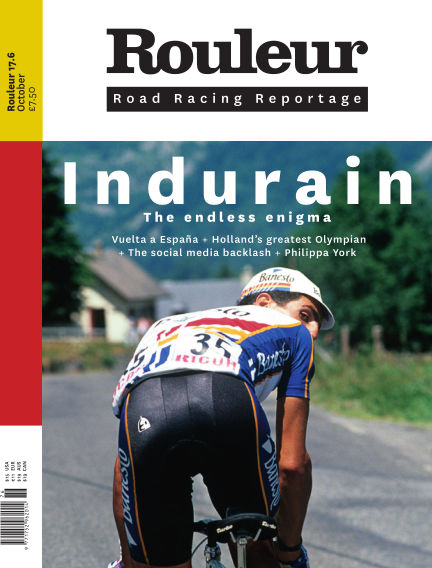 In this issue of Rouleur : The only rider to have won five consecutive Tours de France is also a total enigma: he has nothing to say on the subject... Alasdair Fotheringham, author of a new book on the Spaniard, talks to those who knew him best during his remarkable career. Also featuring: Vuelta a España through the lens of Marshall Kappel, Holland’s greatest Olympian Leontien van Moorsel, X-Bionic, Spanish champion Perurena, cycling’s social media backlash, plus time-trial bikes and slick gear. Plus columnists Matt Seaton, Matt Rendell and Philippa York.

With Readly you can read Rouleur (issue 17.6) and thousands of other magazines on your tablet and smartphone. Get access to all with just one subscription. New releases and back issues – all included.
Try Readly For Free!
Rouleur