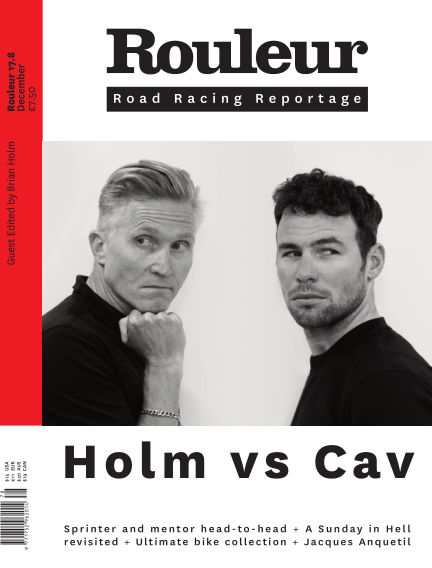 In this issue of Rouleur : Quick Step-Floors sports director Brian Holm is the guest editor of this edition. The Dane met up with his close friend and former charge Mark Cavendish, who reflects on ten years at the top and how the sport has changed. In an extract from his new book, Paul Fournel explores the many contradictions of French champion Jacques Anquetil, “a dancer in a sport of lumberjacks.” We’re in Haiti for rum, voodoo ceremonies and tennis with director Jørgen Leth. In the middle of that, he looks back on A Sunday in Hell, 40 years after the classic cycling film hit the silver screen. Also featuring: Cannondale-Drapac’s post-cycling planner, British national hill climb championships, the ultimate pro bike collection, Philippa York and warming winter kit from the Rouleur Classic.

With Readly you can read Rouleur (issue 17.8) and thousands of other magazines on your tablet and smartphone. Get access to all with just one subscription. New releases and back issues – all included.
Try Readly For Free!
Rouleur