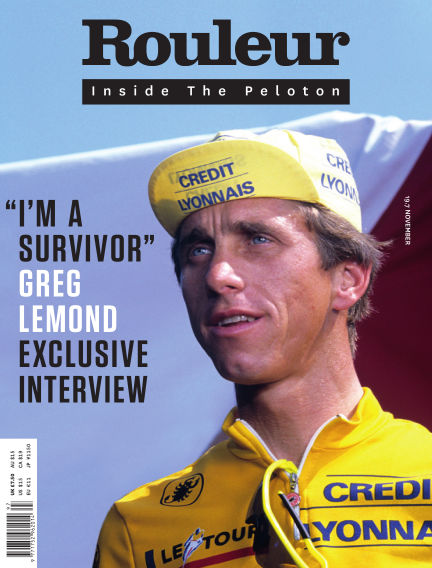 In this issue of Rouleur : “I never give up.” Fighter, champion, survivor – and fisherman. While casting a rod out, comeback king Greg LeMond opens up on a decade of darkness and his eventful career. We’re in Gibraltar for the mini Olympics of little islands that launched Mark Cavendish’s career. Ernesto Colnago reflects on his cycling life, what he’s learned – and how his iconic company got its clover logo. We spend a season in the wheels with Trek-Segafredo’s women’s super-team on their debut season. Plus a double-sized Desire and columnists Romain Bardet, Ned Boulting and Philippa York.

With Readly you can read Rouleur (issue 19.7) and thousands of other magazines on your tablet and smartphone. Get access to all with just one subscription. New releases and back issues – all included.
Try Readly For Free!
Rouleur