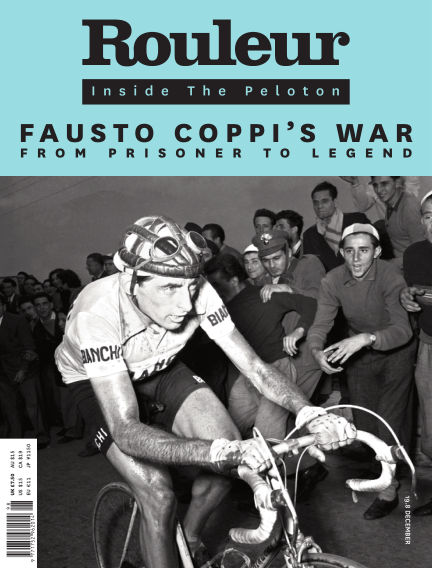 In this issue of Rouleur : Tour triumph, doping, depression, the end of managing his world-beating team: it’s not easy being Bjarne Riis. Our man Morten tracks him down for an interview after a three-year chase. Inside Fausto Coppi’s war years: Hour Record glory and his time as a prisoner of war, including never-before-published documents. It’s all snow-capped peaks, lush forests and azure lakes for our Tour de Suisse photo feature, celebrating one of the sport’s most beautiful races. Our one-team men piece interviewing Sam Bennett, Zdenek Stybar and others who have spent their career on a single pro squad. Plus an interview with world number one Lorena Wiebes, Desire hits the BMX track; columns from Romain Bardet, Ned Boulting and Philippa York; Tom Pidcock planting trees and a Mont Ventoux print.

With Readly you can read Rouleur (issue 19.8) and thousands of other magazines on your tablet and smartphone. Get access to all with just one subscription. New releases and back issues – all included.
Try Readly For Free!
Rouleur