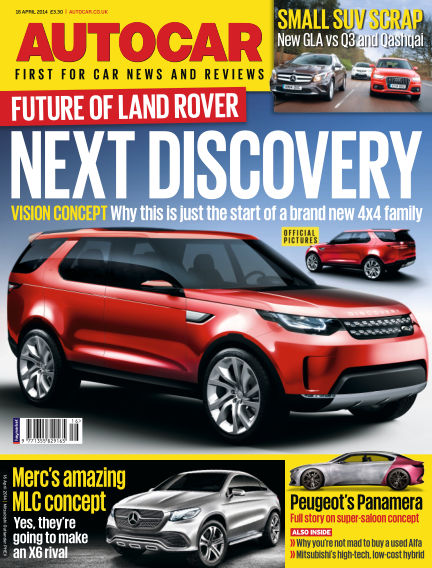 In this issue of Autocar : IN THE PAST, we’ve been as sceptical as you probably are. Yes, Peugeot is vastly improving its cars, design and quality, but making the leap to such a vast change in perception and positioning of the brand is a much tougher ask. However, the Exalt luxury car concept, which is getting its first public outing at next week’s Beijing motor show and which you can read about on p46, looks like being an important first step on that journey. By any measure it looks stunning, and the ambition behind it is equally impressive. But will the inevitable production car have the desired effect? There’s no doubting that the Chinese customers at whom the Exalt is squarely aimed don’t have the same narrow view of brands that we do, garnered from legacy. Peugeot is banking on the fact that its cars will be accepted in the same way that Porsches or BMWs are. So maybe Peugeot will ultimately be viewed in different ways, depending on which continent you’re looking at it from. Will that matter to their business, or to us in Europe as potential buyers? We’re looking forward to seeing how it pans out. Chas Hallett, Editor

With Readly you can read Autocar (issue 16th April 2014) and thousands of other magazines on your tablet and smartphone. Get access to all with just one subscription. New releases and back issues – all included.
Try Readly For Free!
Autocar
Haymarket Media Group Ltd