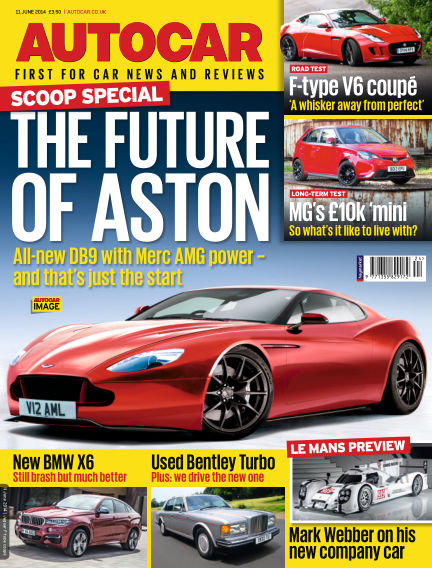 In this issue of Autocar : ASTON MARTIN hasn’t exactly gone gangbusters since Ford sold it, but you can’t say that it has failed, either. In fact, there’s a buzz about the place, thanks to a raft of new models, motorsport activity and the flourishing global economy. Yet at the same time, Aston desperately needs a new generation of engine and electrical technology if it’s to compete on the global stage against pioneers such as Ferrari, Porsche and McLaren. Step forward Mercedes’ parent company Daimler, which now owns five per cent of Aston. As our exclusive story, on p8, reveals, AMG will become a crucial supplier for the next generation of models. However, we can’t help thinking that Aston’s future could be even rosier if Mercedes took full control. Imagine a scenario where Aston had full access to Merc’s technology, sales, marketing and financial clout. Plus the opportunity to operate in other sectors, too. A Lagonda SUV would be a strong rival to Bentley’s SUV and to Range Rover, for instance. Our spies tell us that some Mercedes-Benz and Aston Martin insiders want this to happen. Let’s hope that they can broker it. Chas Hallett, Editor.

With Readly you can read Autocar (issue 11th June 2014) and thousands of other magazines on your tablet and smartphone. Get access to all with just one subscription. New releases and back issues – all included.
Try Readly For Free!
Autocar
Haymarket Media Group Ltd