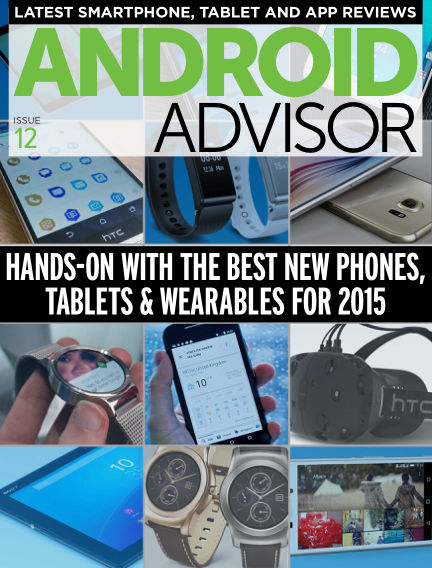 In this issue of Android Advisor : In March at MWC 2015 we got to try out some of the best new phones, tablets and wearables of 2015. In this issue we present our MWC special, with hands-on reviews of everything from the Samsung Galaxy S6 and S6 Edge to the HTC One M9 and Sony Xperia Z4... Tablet. We’ll be waiting a while yet for the Z4 phone.

Despite Apple’s recent smartwatch event, in which it revealed it pricing and release date for the Apple Watch, the talk of MWC was the gorgeous Huawei Watch. Why pay up to £13,500 for an Apple smartwatch when you can grab this luxurious piece of arm bling from £349? We take a closer look.

One of the cheapest new phones is the new Moto E. Now with 4G support, you get a decent Android phone for a tiny £109. But there are other means of buying cheap phones, as we detail in our article on the pros, cons and risks associated with buying grey-market tech. We’ve reviewed a trio of smartphones obtained in this manner, and have found you can get a great deal more for your money. Plus, these phones are often dual-SIM. We explain what that means.

With Readly you can read Android Advisor (issue Issue 12) and thousands of other magazines on your tablet and smartphone. Get access to all with just one subscription. New releases and back issues – all included.
Try Readly For Free!
Android Advisor