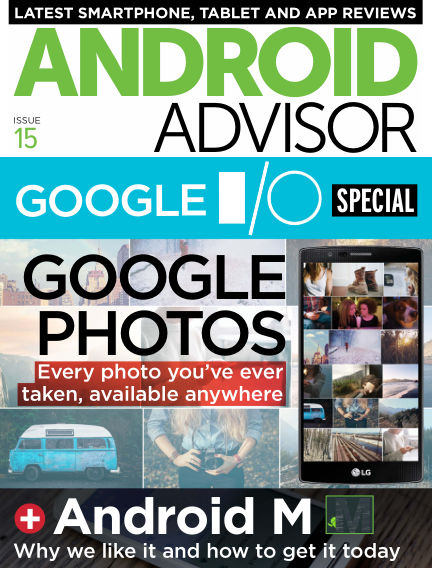 In this issue of Android Advisor : As expected, at the end of May during its annual I/O developer conference, Google took the wraps off the next version of its Android operating system, Android M.

M isn't a major upgrade over Lollipop, but it includes some nice fixes and desirable new tricks. For example, a new Doze mode should enable battery life to last much longer in Android, perhaps even twice as long. We've outlined our favourite new features in Android M, and if you can't resist giving it a try we'll show you how.

The big news from Google I/O was that Google Photos would now offer unlimited online storage for high-resolution photos and video to anyone - whether they're running Android or iOS or on a PC. Theoretically, that means you could store every single photo or video you've ever shot in a single, easy-to-manage online database for accessing wherever you are and on whatever device.

Plenty more was discussed at I/O, too, including the unveiling of Google's new mobile payment service Android Pay, and updates on Google Cardboard, Android Wear, Google Now and more. Download your copy of Android Advisor for our complete I/O 2015 round-up.

With Readly you can read Android Advisor (issue 15) and thousands of other magazines on your tablet and smartphone. Get access to all with just one subscription. New releases and back issues – all included.
Try Readly For Free!
Android Advisor