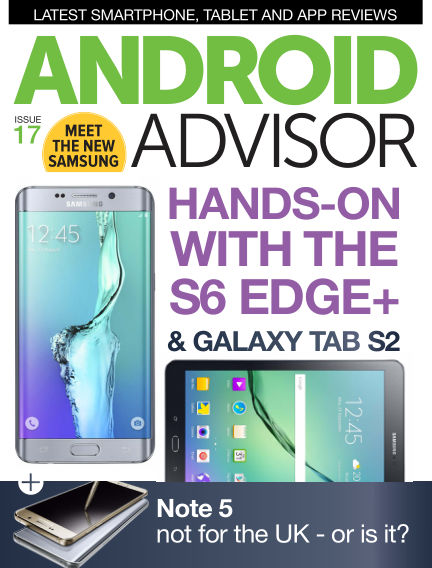 In this issue of Android Advisor : It's been a bumper month for new Android hardware. First came the unbelievably good OnePlus 2, which builds in new technologies such as USB Type-C, has some impressive hardware and still costs less than half the price of flagships.

Another new phone is the Moto G, which was unveiled alongside the Moto X Play and Moto X Style. All three now come with Moto Maker.

Samsung was set to steal the show with the launch of its Note 5 in mid-August, but Xiaomi got in there first with two new Notes. And lucky it did, because there was no word of the new Note 5 at Samsung's UK Unpacked event. Instead, we got the Tab S2 and gorgeous new S6 Edge+. You can read our first-look hands-ons of both, and see what we're missing in the new Note 5 - or perhaps not, as we explain how us Brits might still be able to get hold of one.

It's not all good news for Android fans, though, with the OS hitting the headlines for all the wrong reasons. We explain how to protect yourself from Stagefright, a vulnerability within Android that could allow a hacker to take over your phone with a single MMS message.

With Readly you can read Android Advisor (issue 17) and thousands of other magazines on your tablet and smartphone. Get access to all with just one subscription. New releases and back issues – all included.
Try Readly For Free!
Android Advisor