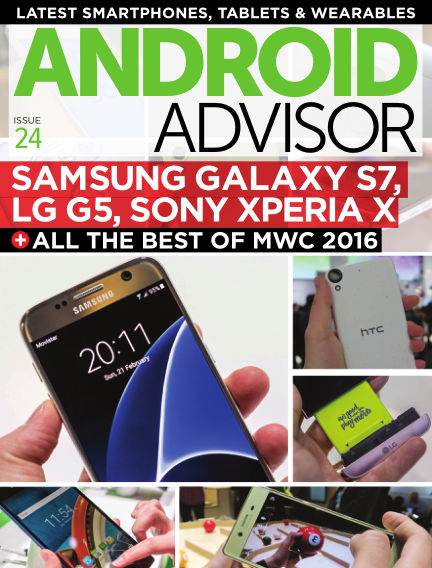 In this issue of Android Advisor : February saw the annual Mobile World Congress tradeshow in Barcelona – and a load of hot new Android devices. Chief among them were the Samsung Galaxy S7 and S7 edge, the completely redesigned LG G5 with its new modular approach, and the flagship Mi 5 from China’s Apple, Xiaomi. A new feature in the LG G5, and something we’ll see a lot more of in 2016, is Qualcomm Quick Charge 3.0, which is up to four times faster than a standard charger. We’ve also all our usual tutorials, reviews and best buy charts.

With Readly you can read Android Advisor (issue 24) and thousands of other magazines on your tablet and smartphone. Get access to all with just one subscription. New releases and back issues – all included.
Try Readly For Free!
Android Advisor