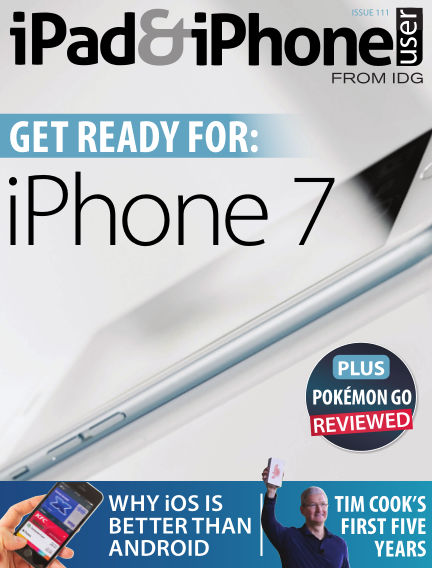 In this issue of iPad & iPhone User : The iPhone 7 rumours are getting even louder, since its expected unveiling is right around the corner. To help keep track of all the speculation, we’ve collected every report we’ve heard so far and look at how plausible they are. Although it doesn’t feel like it, Apple’s CEO, Tim Cook, has been in charge of the company for five years. On page 37 he talks about Steve Jobs, the company’s showdown with the FBI, his failures and what the future holds for the tech giant. We also look at Apple’s bug bounty programme, explain why iOS is better than Android and review the game that has taken the world by storm – Pokémon GO. Plus, we’ve our usual tips and tutorials, so you can get the most out of your iOS device

With Readly you can read iPad & iPhone User (issue 111) and thousands of other magazines on your tablet and smartphone. Get access to all with just one subscription. New releases and back issues – all included.
Try Readly For Free!
iPad & iPhone User
IDG Communications Ltd.
Tweet