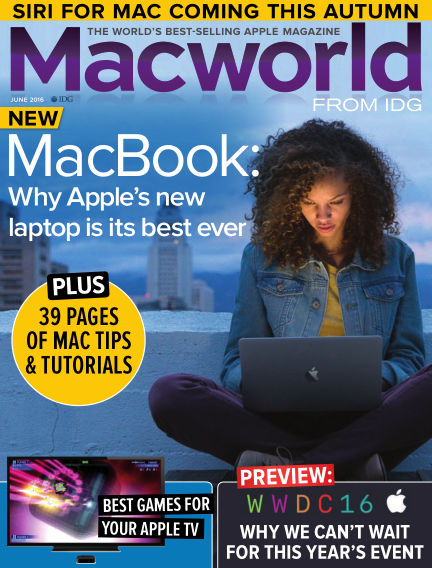 In this issue of Macworld UK : This issue, we look forward to WWDC, a highlight of Apple’s yearly calendar. This time around we’re expecting new versions of its operating systems, updates to Siri and Apple Music, and potentially new laptops. Last year, we were bowled over by the gorgeous-looking MacBook. Some critics, however, claimed its performance was disappointing. In an attempt to tackle this perception, Apple has released a new version with improved specs. We’ve a full review on page 15. We also round up the best games for the Apple TV, which unlike their console cousins won’t cost you the earth. Plus, we’ve 39 pages of tips and tricks.

With Readly you can read Macworld UK (issue June 2016) and thousands of other magazines on your tablet and smartphone. Get access to all with just one subscription. New releases and back issues – all included.
Try Readly For Free!
Macworld UK