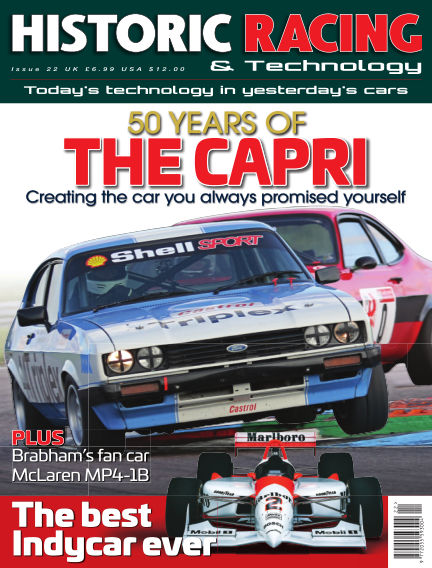 Ford Capri – With the Capri’s golden anniversary celebrations in full swing, Alan Stoddart meets one of the marque’s fans – a man who decided that just watching his favourite cars was no longer enough

Penske PC-23 – Andy Swift examines the meticulous, and poignant, restoration of an Indycar revered for one of the most dominant seasons ever in motorsport history

McLaren MP4-1B – The car that famously won from the back of the grid at Detroit in 1982 has returned to winning ways. Alan Stoddart talks to the man now calling the shots in John Watson’s cockpit

Gordon Murray on Brabham’s fan car – In an extract from his new book, Gordon Murray reveals the inside story behind one of the most controversial cars in Formula 1 history
Plus much much more…