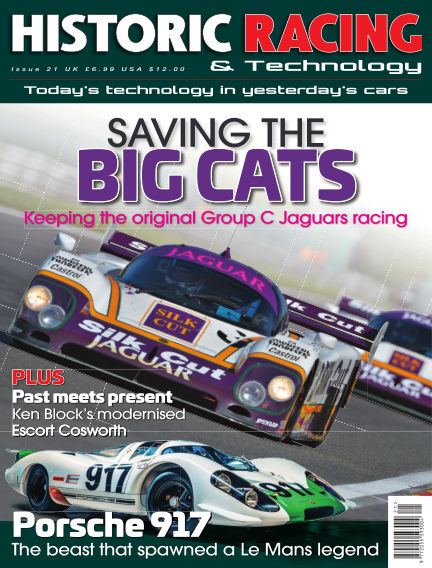 Special 50th Anniversary edition: Porsche 917 Porsche’s museum mechanics, plus former technicians and engineers, have laboured for more than a year to restore the first 917 ever built. William Kimberley reports on the 50th anniversary of one of motorsport’s most legendary machines

Group C Jaguars The Silk Cut-liveried Group C Jaguars remain, for many, the poster boys for one of racing’s most evocative eras. Chris Pickering meets the men tasked with keeping many of them running
Ferrari F40 GT/LM Alan Stoddart traces the restoration of one of the most revered supercars ever built