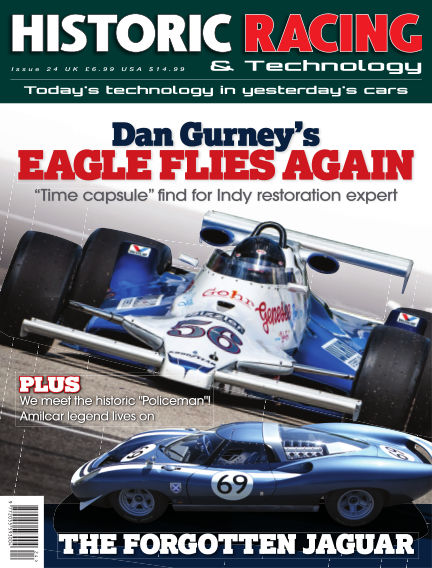 In this issue of HISTORIC RACING TECHNOLOGY magazine : Dan Gurney’s Eagle Chuck Jones, proud owner of a car he says has been perfectly kept as if in a time capsule for the last three dozen years, explains to William Kimberley just why this project is so important.

The forgotten Jaguar Mention late sixties Le Mans battles and people immediately wax lyrical about Ford and Ferrari, but, as Anthony Peacock discovers, things could have been very, very different.

Prodrive Legends Prodrive created some of the sport’s most iconic rally and race cars. Now, as William Kimberley reports, it has formed a new department dedicated to giving those machines a second lease of life.

The FIA’s historic ‘policeman’ The FIA bears a lot of responsibility when it comes to historic motorsport, but as Alan Stoddart discovers, overseeing the racing is only the half of it.