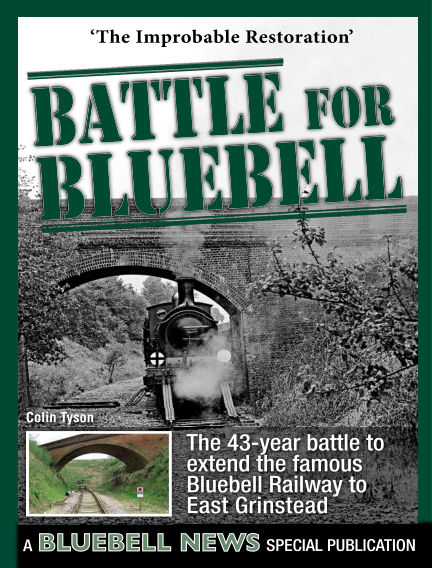 In this issue of Battle for Bluebell : The Bluebell Railway in East Sussex was the first full size railway to be taken over from British Railways by steam preservationists - in 1960 - and is now one of the most famous and well-known, enjoying a £3m annual turnover from 300,000 passengers and supported by a 10,500-strong membership.
Since 1971 it has had ambitions to extend another six miles northwards along the old trackbed to join the national rail network at East Grinstead. The culmination of this 42-year project will see steam trains return to East Grinstead from late March 2013.
With planning permission initially refused, the preservationists did not give up; a successful public inquiry, 31 separate landowners to negotiate with, the longest tunnel in preservation, a ten-arch viaduct - and a cutting filled with over 100,000 tonnes of domestic waste that would cost £4m to remove!

With Readly you can read Battle for Bluebell (issue 1st Edition) and thousands of other magazines on your tablet and smartphone. Get access to all with just one subscription. New releases and back issues – all included.
Try Readly For Free!
Battle for Bluebell
Mortons Media Group Ltd