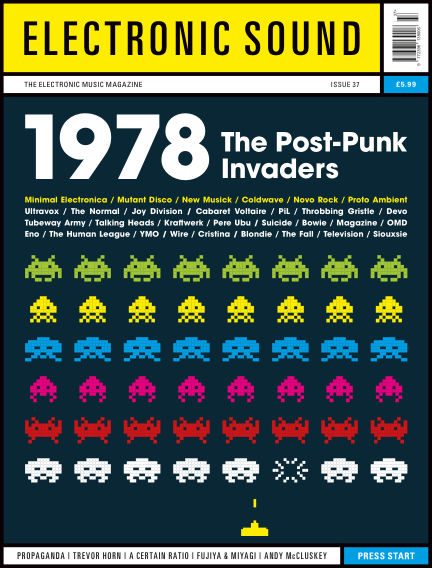 In this issue of Electronic Sound : No matter how you cut it, 1978 was a stellar year for music. In our new issue, we rewind four decades and, through 101 key moments, we look back at what was an explosive 12 months with a mixture of astonishment, nostalgia and admiration.

It was the year punk broke, literally, with the Sex Pistols throwing in the towel in January, but the cork was already out of the bottle and the creative rush that followed set the tone for what remained of the decade, and much of what underpinned alternative music for the rest of the century. As you’ll see, 40 years later, 1978’s impact is still being felt.

All of that and we’re fit to bursting with our action-packed front section full of the best new toys and tech, our jam-packed album reviews section, full of the best new releases and let’s not forget our excellent columnists – Jack Dangers and his School of Electronic Music, the hilarious Fat Roland, the unrivalled Kris Needs and our in-house synthy repair man, Synthesiser Dave. Getting through all that in a month is no mean feat… for us and for you!

With Readly you can read Electronic Sound (issue 37) and thousands of other magazines on your tablet and smartphone. Get access to all with just one subscription. New releases and back issues – all included.
Try Readly For Free!
Electronic Sound