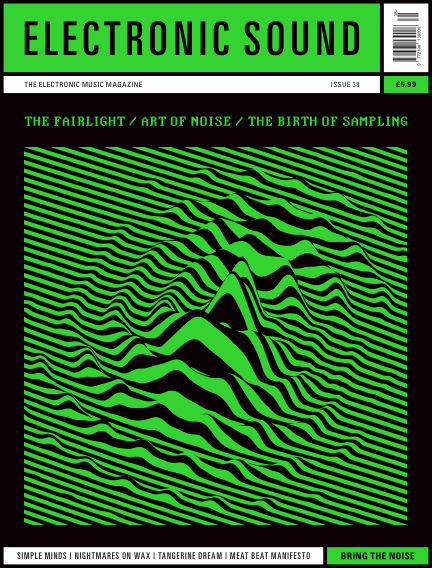 In this issue of Electronic Sound : The days of technology defining the sound of music are, arguably, over. Once upon a time, a new sound-shaping machine would come along and it would be used, misused and ultimately replaced by another new machine and abandoned, much like pop stars themselves. The lucky ones get rediscovered a generation later.

The Fairlight was perhaps the last major technological innovation to have this impact, and it was almighty, and it fell out of favour as quickly as it rose. We talk to its inventor Peter Vogel, and to the Fairlight exponents Art Of Noise.

We also talk to Vince Clarke about his influences, to Simple Minds about their journey from their 1977 Johnny And The Self Abusers incarnation to fully fledged stadium-botherers to their new album, during which time they’ve shifted 70 million records. Way Out West reminisce about their 90s hit ‘The Gift’, Nightmares On Wax puts us straight about living life to the full in Ibiza, Poppy Ackroyd discusses her classical crossover work and we have an excerpt from the late Edgar Froese’s book, which details the time Tangerine Dream decided to play a gig in a cathedral in the 1970s. Which didn’t necessarily turn out that well.

With Readly you can read Electronic Sound (issue 38) and thousands of other magazines on your tablet and smartphone. Get access to all with just one subscription. New releases and back issues – all included.
Try Readly For Free!
Electronic Sound