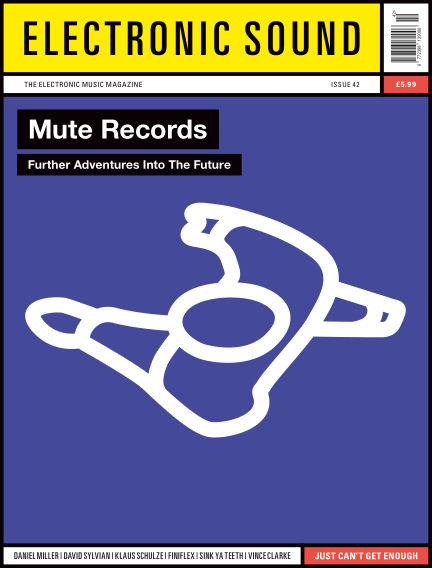 In this issue of Electronic Sound : When Mute launched its operation from 16 Decoy Avenue, London, NW11 in 1978, the idea that within a few short years it would be home to one of the world’s best-selling pop groups wasn’t the first thought on Daniel Miller’s mind. “I honestly didn’t think anybody would like it,” he tells us of the label’s debut single. While The Normal might be where it all started, this month’s cover story sees Mute boss Daniel Miller discussing the future of label and we profile the artists that make up Mute’s Class of 2018, as well as catch up with Vince Clarke, a man who has only ever been signed to one label for his entire recording career. Elsewhere, we have an amazing (and rather rare) interview with David Sylvian, discussing his soon-to-be reissued work with Can’s Holger Czukay, and we chat with Finiflex, who’ve finally made their sloooow transition form Finitribe complete with an incredible new album.

With Readly you can read Electronic Sound (issue 42) and thousands of other magazines on your tablet and smartphone. Get access to all with just one subscription. New releases and back issues – all included.
Try Readly For Free!
Electronic Sound