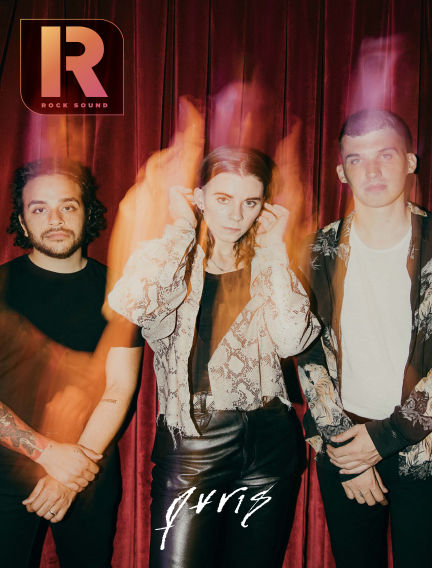 In this issue of Rock Sound : More than two years after their last full band Rock Sound cover, we welcome back PVRIS as they move deeper into their new and mysterious era.

Inside, Lynn, Alex and Brian reflect on the past, how it’s shaped their experiences, and how they’ve used it to become exactly the band that they want to be right now as they embark on what’s likely to be the biggest era of PVRIS to date.

Also in Rock Sound this month: Awsten Knight and Chrissy Costanza bring you their regular monthly columns; we speak to Ice Nine Kills about their horror-themed album ‘The Silver Scream’ being their most successful yet, and catch up with Waterparks, Stray From The Path and Counterparts; Grandson tells us about the first band he ever met; Frank Iero tackles Any Question Answered and much, much more.

With Readly you can read Rock Sound (issue November 2019) and thousands of other magazines on your tablet and smartphone. Get access to all with just one subscription. New releases and back issues – all included.
Try Readly For Free!
Rock Sound