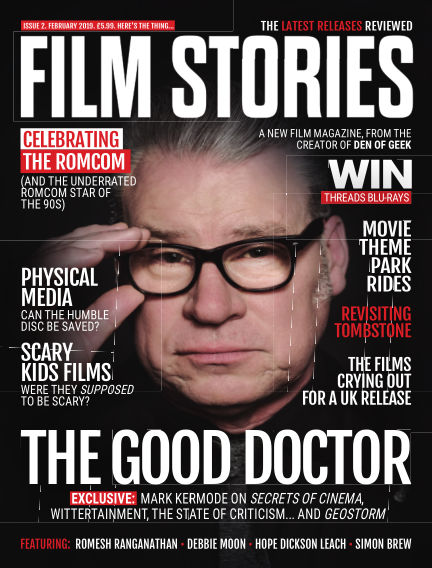 In this issue of Film Stories Magazine : A bumper interview with Mark Kermode, where he takes us through the journey that brought Secrets Of Cinema to the screen

Remember when Tombstone went head to head with Wyatt Earp? We do. And the story of Tombstone is pretty incredible.

Films for kids that weren’t supposed to be scary, but were actually very scary.

We make it five writers making their paid writing debut, too. Proud of that.

As HMV teeters, we look at the decline in physical media – can the disc be saved?

With Readly you can read Film Stories Magazine (issue Issue 2) and thousands of other magazines on your tablet and smartphone. Get access to all with just one subscription. New releases and back issues – all included.
Try Readly For Free!
Film Stories Magazine
SIMON BREW LIMITED
Tweet