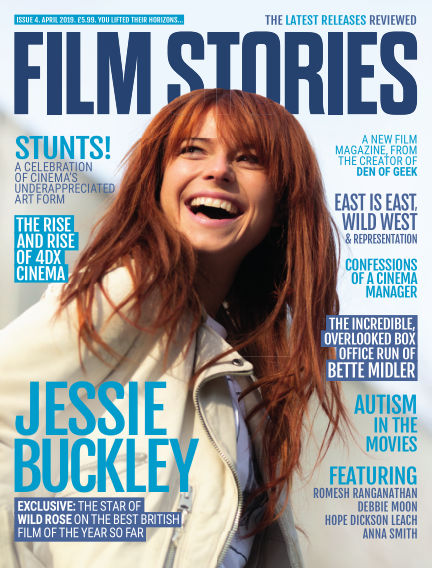 In this issue of Film Stories Magazine : Inside the magazine…

The rise of 4DX, and the thrill of having water lugged in your face while you’re at the movies

The representation of autism in modern cinema

The secret confessions of a cinema manager (short version: yikes)

Should movie directors read your Tweets?

The movie career of Alan Smithee

With Readly you can read Film Stories Magazine (issue Issue 4) and thousands of other magazines on your tablet and smartphone. Get access to all with just one subscription. New releases and back issues – all included.
Try Readly For Free!
Film Stories Magazine
SIMON BREW LIMITED
Tweet