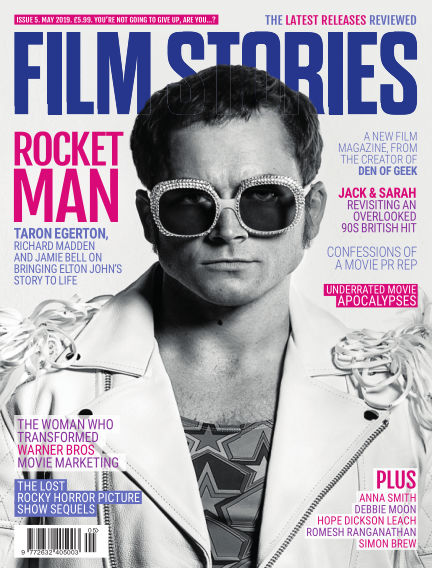 In this issue of Film Stories Magazine : The stars of Rocketman on bringing the Elton John biopic to the screen

The movie apocalypse films that have flown under the radar: Reign Of Fire, anyone?

The evolution of movie special effects, and the return of practical

Three films and he's out: the movie career of Yahoo Serious

The trick to making a horror movie remake

With Readly you can read Film Stories Magazine (issue Issue 5) and thousands of other magazines on your tablet and smartphone. Get access to all with just one subscription. New releases and back issues – all included.
Try Readly For Free!
Film Stories Magazine
SIMON BREW LIMITED
Tweet