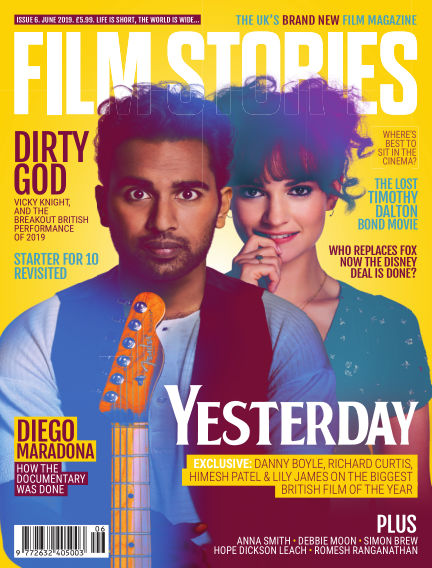 In this issue of Film Stories Magazine : * Richard Curtis, Danny Boyle. Lily James and Himesh Patel tell Film Stories (well, us, but sound posher if we say it like that) all about Yesterday

* As Disney reduces the number of Fox movies, who fills the gap left behind?

* Looking back at Starter For 10 - the film that brought Alice Eve, Benedict Cumberbatch and James McAvoy together

* How cinema deals with the afterlife

* Asif Kapadia on the making of his Diego Maradona documentary

With Readly you can read Film Stories Magazine (issue Issue 6) and thousands of other magazines on your tablet and smartphone. Get access to all with just one subscription. New releases and back issues – all included.
Try Readly For Free!
Film Stories Magazine
SIMON BREW LIMITED
Tweet