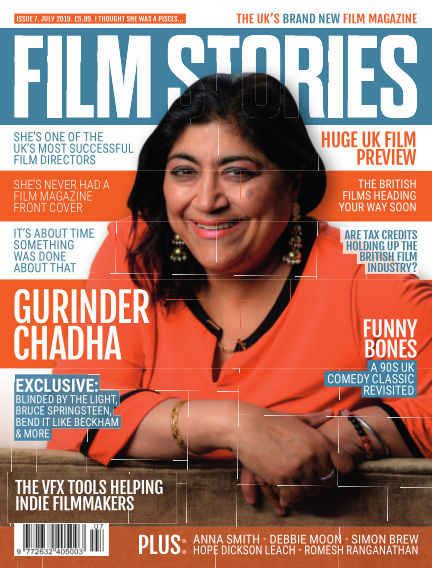 In this issue of Film Stories Magazine : * Gurinder Chadha on Blinded By The Light, Bend It Like Beckham, Bruce Springsteen and the M1 motorway

* Are tax credits holding up the British film industry artifically?

* Homophobia in sport: how cinema is doing a better job of addressing it than, well, sport is

With Readly you can read Film Stories Magazine (issue Issue 7) and thousands of other magazines on your tablet and smartphone. Get access to all with just one subscription. New releases and back issues – all included.
Try Readly For Free!
Film Stories Magazine
SIMON BREW LIMITED
Tweet