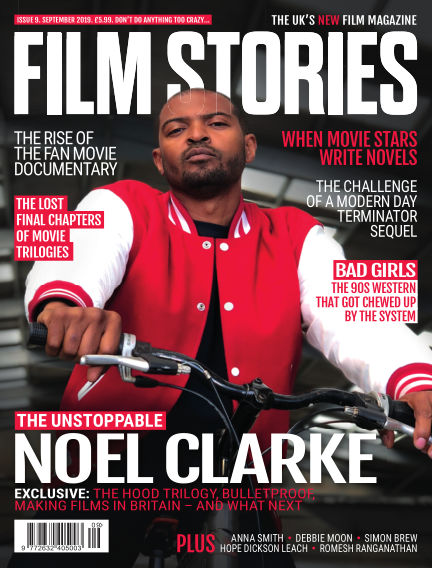 In this issue of Film Stories Magazine : * Noel Clarke talks us through the highs and lows of his film career, why he has to stay combative, offering opportunities to others, and what he’s up to next. It’s his first film magazine front cover.

* The trouble with making a Terminator sequel

* The rise of professional fan documentaries. We talk to the creators behind documentaries about the likes of Alien, Ghostbusters and more.

* Reading the novels written by movie stars. The Steven Seagal one is, er, ‘interesting’

* Triggered by the cinema

* Hollywood blockbusters and the challenge of climate change

* Confessions of a wannabe film actor

* Bad Girls: the 1990s western , that could have been a game-changer, and how it was chewed up by the Hollywood system

With Readly you can read Film Stories Magazine (issue Issue 9) and thousands of other magazines on your tablet and smartphone. Get access to all with just one subscription. New releases and back issues – all included.
Try Readly For Free!
Film Stories Magazine
SIMON BREW LIMITED
Tweet