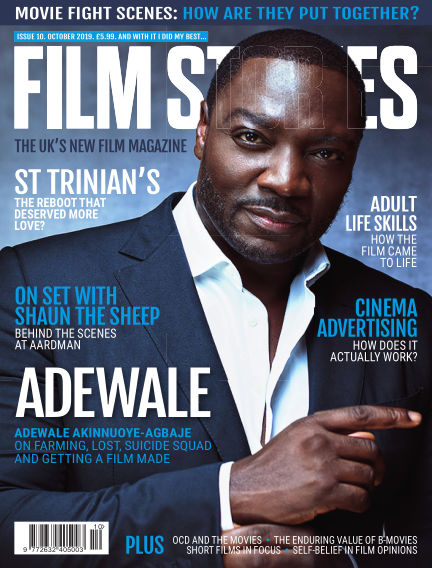 In this issue of Film Stories Magazine : * Adewale Akinnuoye-Agbaje goes in depth on how his directorial debut, Farming, came to the screen

* We dig deep into the world of cinema advertising and trailers. Who’s in charge? Who makes money? How long is it all supposed to go on for?

* Going on set at Aardman

* Adult Life Skills: how the brilliant indie film came to be

* A fresh look at 2007’s St Trinian’s reboot: did it have more going for it than it was given credit for?

* A pair of articles looking at OCD and the movies

* Force fields as a narrative device

* The changing landscape of short films

* The thriving world of B-movies

Thank you again for all your support.

With Readly you can read Film Stories Magazine (issue Issue 10) and thousands of other magazines on your tablet and smartphone. Get access to all with just one subscription. New releases and back issues – all included.
Try Readly For Free!
Film Stories Magazine
SIMON BREW LIMITED
Tweet