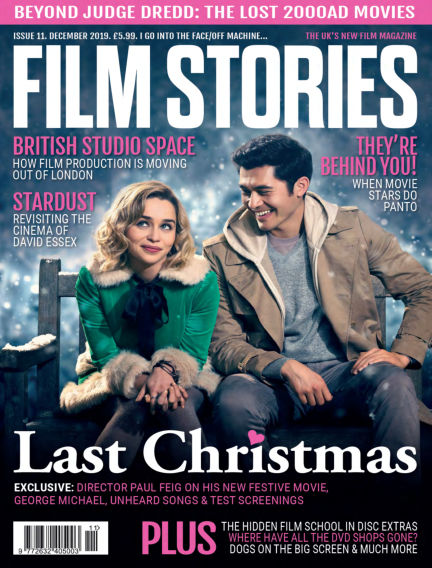 In this issue of Film Stories Magazine : * The story of Last Christmas, how it came together quickly, its test screenings, and the other thus-far unpublished George Michael songs

* The 2000AD movies that never were: tracking down the films based on the Galaxy’s Greatest Comic that didn’t make it to the screen – and why.

* The cinema of David Essex: a celebration

* When movie stars come to Britain for pantomime

* The great space race: the movie production studios cropping up around the UK (that aren’t in London)

* The life and times of dogs in the movies

* The film school hiding in your DVD collection

* What’s happened to all the DVD shops?

And much, much more!

Thanks for all your support. And we hope you like the issue!

With Readly you can read Film Stories Magazine (issue Issue 11) and thousands of other magazines on your tablet and smartphone. Get access to all with just one subscription. New releases and back issues – all included.
Try Readly For Free!
Film Stories Magazine
SIMON BREW LIMITED
Tweet