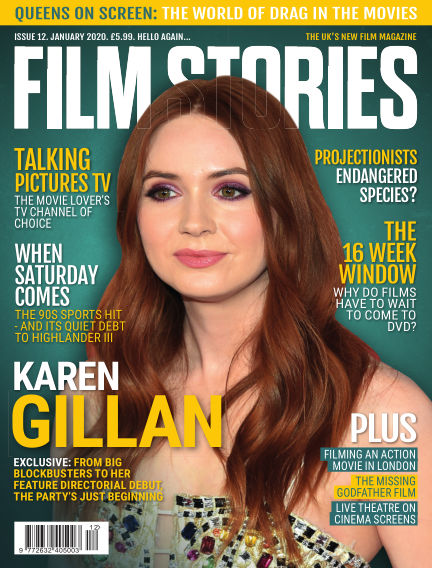 In this issue of Film Stories Magazine : * A big interview with Karen Gillan, as she talks to us about making her feature directorial debut with The Party’s Just Beginning

* The world of drag in the movies

* Why is there a 16 week window in the UK between a film’s release and its DVD coming out?

* When Saturday Comes: the behind the scenes story of the 90s football movie

* Talking Pictures TV: the story behind the best movie channel on British television

* Are projectionists an endangered species?

And so much more! Thank you, as always, for your support.

With Readly you can read Film Stories Magazine (issue Issue 12) and thousands of other magazines on your tablet and smartphone. Get access to all with just one subscription. New releases and back issues – all included.
Try Readly For Free!
Film Stories Magazine
SIMON BREW LIMITED
Tweet