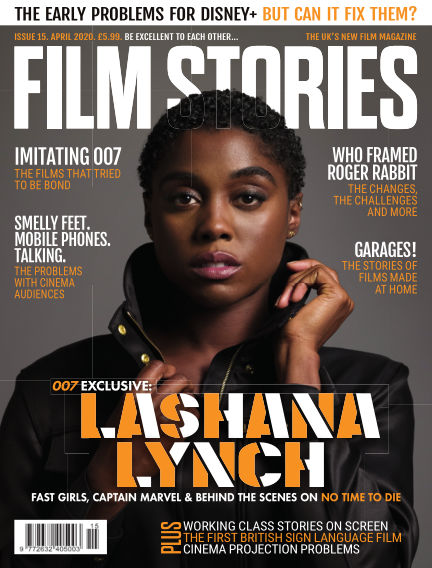 In this issue of Film Stories Magazine : * Lashana Lynch exclusive: from Fast Girls and Captain Marvel, to behind the scenes on No Time To Die

* The films that tried to imitate Bond

* Result of our big survey into behaviour by cinema audiences. The smelly feet story is horrible.

* The problems facing Disney+ as it launches in the UK

* The link between Real Genius and L A Story

* The behind the scenes story of Pihu

* Films made in garages

* Simon Pegg on his latest movie

With Readly you can read Film Stories Magazine (issue Issue 15) and thousands of other magazines on your tablet and smartphone. Get access to all with just one subscription. New releases and back issues – all included.
Try Readly For Free!
Film Stories Magazine
SIMON BREW LIMITED
Tweet