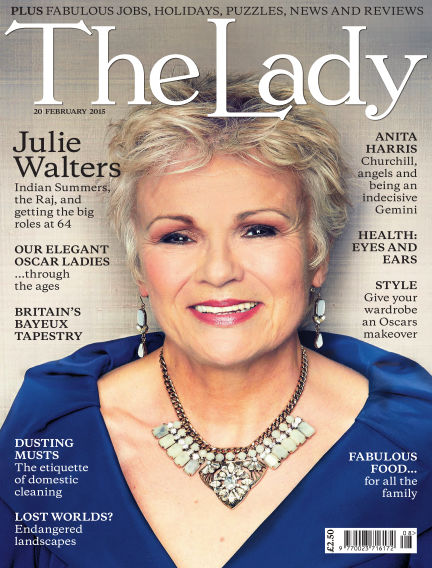 In this issue of The Lady : Change is good. It’s what makes the world go round. But sometimes we can overlook the old, the venerable, in favour of fleeting fashions
and the eternally new. As you know, The Lady turned 130 last week, and the fact that you are reading this shows that she still has plenty going for her. But we’ve just received further proof that the magazine, founded way back in 1885, is as relevant and admired as ever.
For the latest ABC circulation figures reveal that The Lady picked up three per cent more readers in the second half of 2014, the biggest percentage increase of any women’s weekly. Which is no mean feat. Many titles saw double-digit declines in a market that is proving increasingly competitive, and the fact that The Lady can still outperform them all is a testament to both the brilliant staff at Bedford
Street and the loyalty, enthusiasm and exacting standards of
our readers. Thank you, one and all. Very best wishes,
Matt Warren, Editor

With Readly you can read The Lady (issue 20th February 2015) and thousands of other magazines on your tablet and smartphone. Get access to all with just one subscription. New releases and back issues – all included.
Try Readly For Free!
The Lady