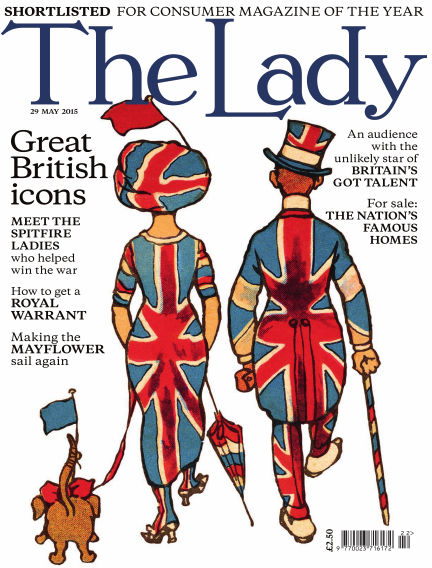 In this issue of The Lady : Dear Readers, It has been quite a year for Britain. We have had a general election, we have welcomed a new princess, and across the nation we are marking the 70th anniversary of VE Day and the 800th anniversary of Magna Carta. In June, we will also be remembering the 200th anniversary of Napoleon’s defeat at the Battle of Waterloo. Of course, The Lady has always celebrated Britishness, in all its splendid diversity, and so it seems fitting this year to devote an issue to our island nation and the people who live in it. Britishness can be a hard thing to define, but there’s a determination, a pluckiness, a who-cares eccentricity that runs like a seam through the country, which is worth applauding and preserving. From the quirky, uniquely colourful acts
that take the stage each week in Britain’s Got Talent and the ladies
who flew Spitfires and helped win the war to the inspiring volunteers
who are rebuilding the Mayflower, this edition is all about you. I hope it makes you smile. Very best wishes, Matt Warren, Editor

With Readly you can read The Lady (issue 29th May 2015) and thousands of other magazines on your tablet and smartphone. Get access to all with just one subscription. New releases and back issues – all included.
Try Readly For Free!
The Lady