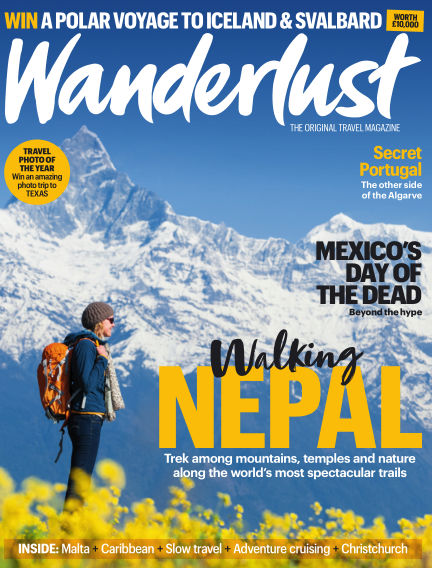 In this issue of Wanderlust Travel Magazine : Interview with Sara Wheeler

Having explored Russia in the footsteps of its ‘golden age’ writers for her new book, the

Mexico’s Day of the Dead captured the world’s attention with its skulls and colours, but behind the facepaint is a touching celebration that embraces everything that’s good about life – and death

Most travellers dismiss Portugal’s Algarve as a whirlwind of booze and beaches, but its quiet east coast is a land of wild walks, lagoons and historic villages waiting to be explored…

The dark days of Chad’s Zakouma National Park saw its wildlife poached to near-extinction, but now it’s building a reputation as one of Africa’s best parks

Whether navigating the great rivers, winding round remote islands in search of endemic wildlife or crossing continents in the wake of the great explorers – these adventure cruises are sure to float your boat

Never meet your heroes – even when they’re dead! Jamaica’s cashing in on the legacy of Bob Marley is just one example of ‘hero travel’ gone wrong, as our writer found on a trip to the singer’s birthplace