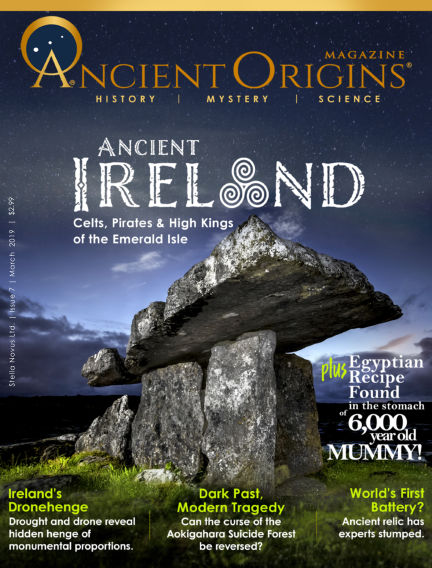 In this issue of Ancient Origins Magazine (History, Mystery and Science) : Blanketed across the country of Ireland and reaching as far as the rugged and windswept islands off its coast, are tens of thousands of sites that tell a story about its ancient past. Long-forgotten tombs, majestic mounds, megaliths, and imposing castles stand as they have for hundreds, and in some cases, thousands of years. Their history is interwoven within a rich tapestry of folk tales, legends, and mythology, which bring to life the beliefs, culture, and knowledge of the people that constructed them all those years ago. In this issue of Ancient Origins Magazine, we delve into Ireland’s ancient and colorful past… and much more!