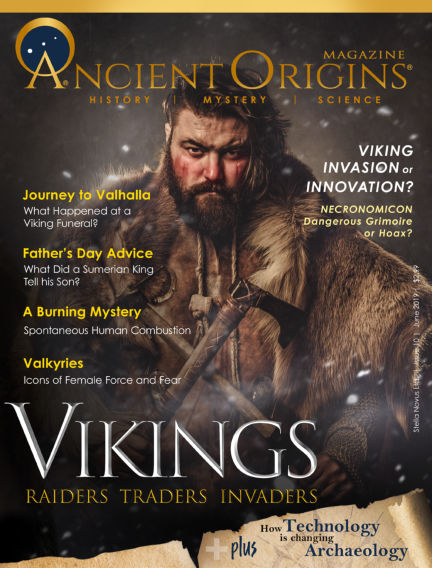 In this issue of Ancient Origins Magazine (History, Mystery and Science) : It is said that history is written by the victors, but what if it were written only by the victims? Such is the case with our knowledge of the Vikings. Their brutal savagery and their relentless, bloodthirsty attacks were recorded almost exclusively by their victims – the understandably terrified monks whose monasteries they destroyed and looted. But this must give us cause to question whether we really have the whole picture. There is no doubt that for coastal settlements in medieval Europe, the Vikings meant bad news. But do they really deserve their bad boy reputation, or did they just suffer from poor public relations?
In this issue, we aim to bring together a more complete picture of the Vikings, from their invasions to their inventions, and from terror to technology. We unravel their complex beliefs about magic and the afterlife and delve into their culture, society, and even their accomplishments—presenting a picture of the Vikings that is more than beards, beer, and berserk barbarians.