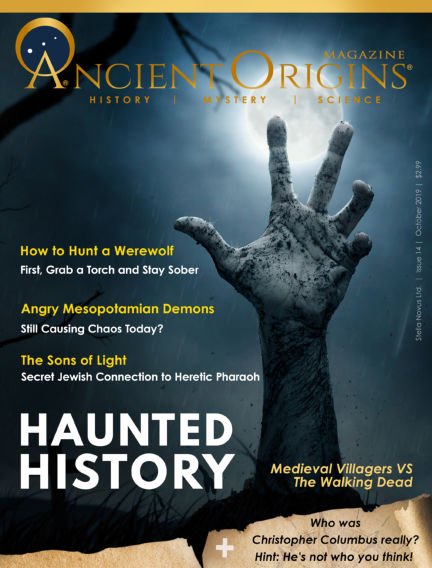 In this issue of Ancient Origins Magazine (History, Mystery and Science) : Today, the subject of ghosts is treated with fun and laughter. But thousands of years ago, the supernatural realm was looked upon with both reverence and fear, and it played a central role in the cultural and religious practices of civilizations around the world. In keeping with our name, Ancient Origins, we delve into the very beginning of Halloween traditions, to the ancient pagan festival of Samhain. We unearth ancient beliefs about malevolent phantoms, corpse brides, and ancestor spirits and dare to enter Loftus Hall, which has earned itself the title of ‘Ireland’s Most Haunted House’. We learn from Medieval England that there is more than one way to keep a dead body from coming back to life! And what’s Halloween without werewolves? In this issue we hear what happened during a real modern-day werewolf hunt. Finally, we venture back 5,000 years to the Mesopotamians who left detailed records about demons that caused havoc and sickness, and high priests who worked to cure citizens of terrifying possessions. Spooky stuff indeed!