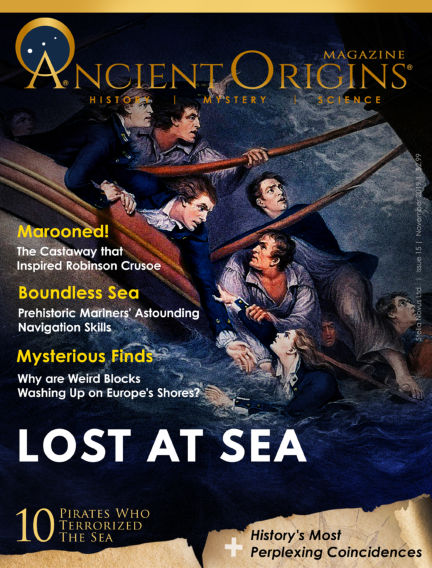 In this issue of Ancient Origins Magazine (History, Mystery and Science) : For millennia, humans’ innate curiosity about their world has sparked a desire to explore, leading men and women to cross vast seas. In doing so, they faced untold dangers and hardships: merciless weather, unpredictable winds and waves, sea raiders and pirates, fragile vessels, rough conditions, and weeks or months in an immense, unknown expanse. In this issue, we explore some of what has been Lost at Sea – pirate treasures, a ship’s crew, castaways, bottles with hidden messages, and even a mysterious set of floating blocks containing cryptic inscriptions which, for over a century, have been washing up on beaches across Europe.