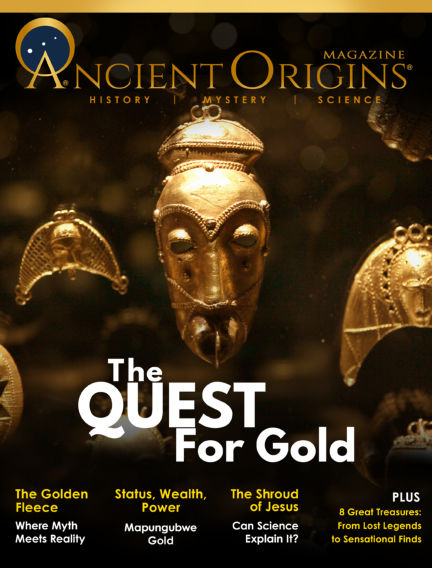 In this issue of Ancient Origins Magazine (History, Mystery and Science) : Gold. It is history’s most coveted asset. It has inspired some of humanity’s greatest achievements, stirred passions for power and glory, commanded veneration, and provoked greed, slavery, and even murder. There is no other object that has played such a significant role in shaping human history as this illustrious metal. It began its journey as a symbol of omnipotence, equated with gods, purity and immortality, and it was buried with the dead – a certain entry into heaven. But make no mistake, gold’s most central role in history has been as a powerful and unbreakable symbol of wealth, status, and power. It has adorned the heads of kings and the necks of queens; it has shone from the tops of pyramids and it has been displayed to cheering crowds by victorious rulers in triumphal processions. In this issue, we trace the colorful and dramatic story of gold through the ages.