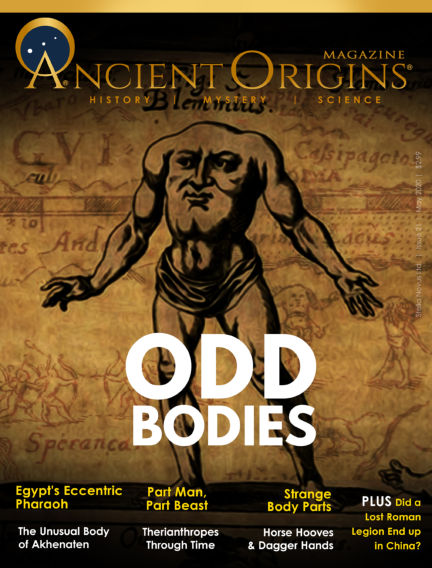 In this issue of Ancient Origins Magazine (History, Mystery and Science) : In Paleolithic rock etchings, in the lines of millennia-old historical texts, and among intricate illustrations of medieval manuscripts, we find displays and descriptions of astonishing people, both real and unreal. The archaeological record also yields its fair share of ‘odd bodies’ – abnormally elongated skulls, gem-encrusted teeth, bizarre hybrid burials, and surprising artificial body parts. In this issue, we take you on a journey through the weird and wonderful world of odd bodies, odd burials, and odd people. Some are purely mythological, like the part-human, part-animal therianthropes and headless Blemmyes of medieval folklore; some are unexplained, like the stigmatics that bear the marks and wounds of Christ’s crucifixion; and others are rooted in reality. Yes, wearing dead man dentures and stretching one’s head into alien-like contortions were once in fashion!