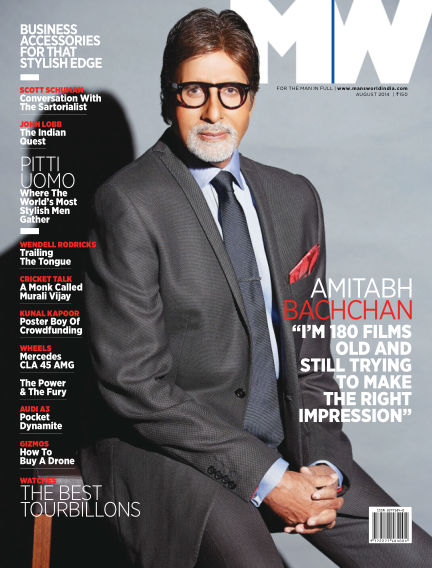 In this issue of MW : The man who reinvents himself
His contemporaries have long retired to their farm houses, or to politics, or just faded away. Even the generation of actors who came after him have mostly left the scene. But, at 72, actor, blogger and television presenter Amitabh Bachchan shows no sign of slowing down.

The Good, Bad & Mostly Ugly
Not only are we bad at plagiarising films, we are even worse at making legal adaptations.

The man who refused to give up
Walter Lange, the founder of modern day A. Lange & Sohne, has a life history that is unrivalled in the luxury watch industry. He spoke to MW on the eve of his 90th birthday.

Scott Schuman opens up
The man behind The Sartorialist on shooting people with glasses, travelling to India and wanting to be mentored.

With Readly you can read MW (issue August 2014) and thousands of other magazines on your tablet and smartphone. Get access to all with just one subscription. New releases and back issues – all included.
Try Readly For Free!
MW