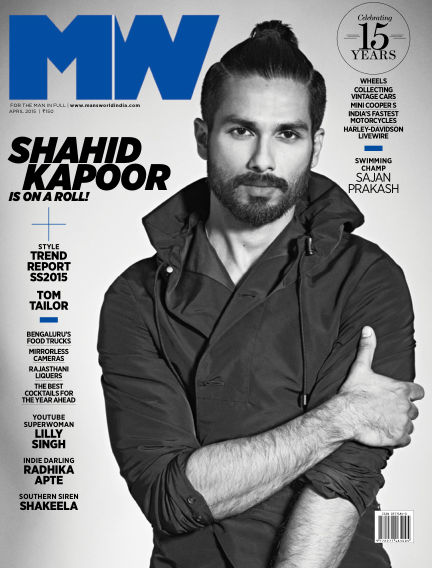 In this issue of MW : Dancer in the Dark
Shahid Kapoor’s path to glory has been meandering, at best. If there has been a Haider, there’s also been an R... Rajkumar. He’s following his own compass – which is the way it should be
Women with drive
Eleven successful women, six Porsche models. An International Women’s Day Drive to remember.
The Rightful Heir to Silk Smitha
Shakeela is a soft-core veteran, taking over where Silk Smitha left off, with over a hundred films to her name. She once dominated the midnight line-up of TV channels, until all her films were pulled, following complaints.
Double up
Cotton and linen suits in whites, browns and blues are the ideal antidotes to a hot summer day

With Readly you can read MW (issue April 2015) and thousands of other magazines on your tablet and smartphone. Get access to all with just one subscription. New releases and back issues – all included.
Try Readly For Free!
MW