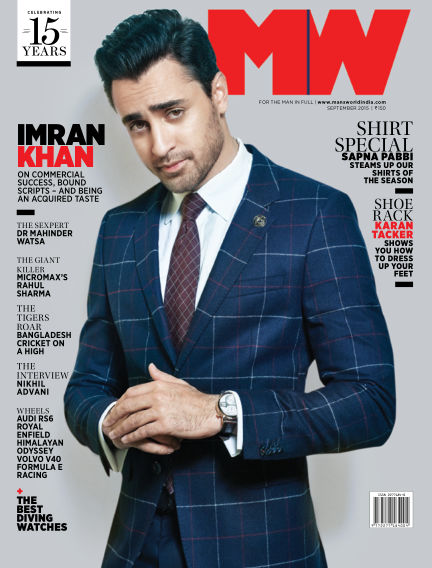 In this issue of MW : Second coming
Back on screen after a paternity break, Imran Khan’s raring to return to his kind of cinema. He's staying as low profile as ever - and telling it like it is.

The 2015 Shirt Special
Formal or casual, quirky or understated, MW picks shirts of the season, many of them worn by actress Sapna Pabbi of the Indian version of popular TV show 24.

Let’s talk about sex
Famed sexpert Mahinder Watsa’s witty responses to the common man’s queries have made him a household name. They are now available in his book, It’s Normal!

With Readly you can read MW (issue September 2015) and thousands of other magazines on your tablet and smartphone. Get access to all with just one subscription. New releases and back issues – all included.
Try Readly For Free!
MW