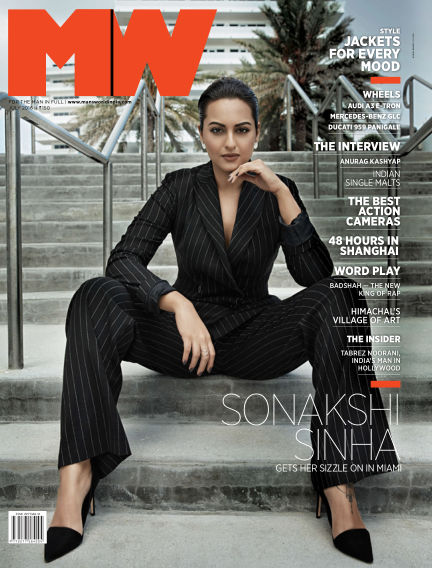 In this issue of MW : MIAMI HEAT WITH SONAKSHI SINHA The actress talks about her favourite directors, cooking the best scrambled eggs and being bad at maths. A tale of two directors Udta Punjab and Waiting are clearly major stylistic
departures from their earlier films, for two of the most talented directors working in Bollywood today. Not just a tapas trail
No matter what part of Spain you’re in, you’re assured of a feast of incredible meats, organic produce and
stellar wine. India’s man in Hollywood You’ve probably missed Mumbai boy Tabrez Noorani’s name in the credit roll of dozens of big Hollywood films in the last decade. The Anthem Maker Three chartbusting tracks down — ‘Saturday Saturday’, ‘DJ Waley Babu’ and ‘Chull’ — rapper Badshah’s party has just begun. The lure of the powder In these extracts from his compelling book White Magic: A Story of Heartbreak, Hard Drugs and Hope, Arjun Nath describes his initial flirtations with heroin, and how it spiralled into full-scale addiction.
The best slim watches, In conversation with Eric Vergnes, President, Montblanc Middle East, Africa and India; In conversation with Walter von Känel, President,; Longines

With Readly you can read MW (issue July 2016) and thousands of other magazines on your tablet and smartphone. Get access to all with just one subscription. New releases and back issues – all included.
Try Readly For Free!
MW