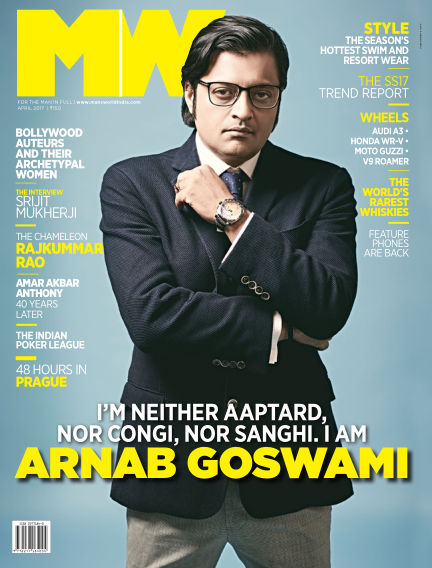 In this issue of MW : The April 2017 issue of MW has something out of the ordinary - an exclusive interview with Arnab Goswami, who rarely gives them. True to form, he doesn't hold back on a variety of subjects - from 'pseudo-liberals' to 'the Lutyens' media' to his vision for his new venture, Republic TV - and his love for Pink Floyd. You'll also see a dapper, never-seen-before avatar of him in the cover photoshoot. Also inside are stories on the world's rarest whiskies, the talented Rajkummar Rao, Bollywood directors and their archetypal women and the season's hottest swim and resort wear.

With Readly you can read MW (issue April 2017) and thousands of other magazines on your tablet and smartphone. Get access to all with just one subscription. New releases and back issues – all included.
Try Readly For Free!
MW