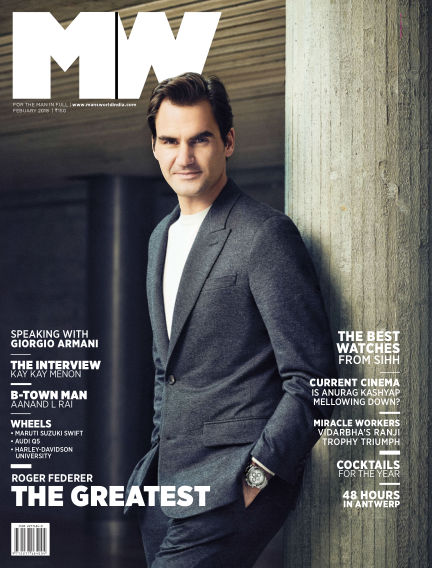 In this issue of MW : If there was any doubt whatsoever that Roger Federer is the greatest tennis player of all time (possibly even the best male sportsman of all), then it should have been laid to rest when he won the Australian Open, his 20th Grand Slam title, at the age of nearly 37. Age doesn't seem to affect him at all, and his magical abilities remain as captivating as ever - our cover story tells you all about it. Elsewhere, we have stories on cocktails for the year, an interview with Giorgio Armani, a piece on Vidarbha's miraculous Ranji Trophy victory and much more.

With Readly you can read MW (issue Febuary 2018) and thousands of other magazines on your tablet and smartphone. Get access to all with just one subscription. New releases and back issues – all included.
Try Readly For Free!
MW