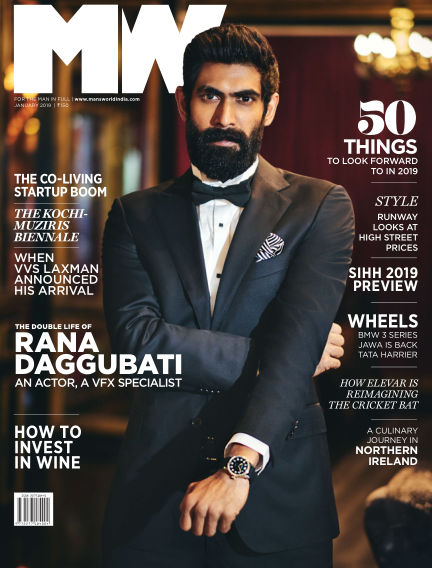 In this issue of MW : The brand new issue of MW has 'southern' star Rana Daggubati on the cover - but can he really be called a regional star any more, given his worldwide appeal after the blockbuster Baahubali films? Other than being a major leading man, he's also a veteran in the visual effects business, is a producer as well as a successful entrepreneur - few know this side of him. You will also find stories on 50 things to look forward to this year, the company that wants to reinvent the cricket bat, VVS Laxman's arrival on the cricket scene and many more.

With Readly you can read MW (issue January 2019) and thousands of other magazines on your tablet and smartphone. Get access to all with just one subscription. New releases and back issues – all included.
Try Readly For Free!
MW